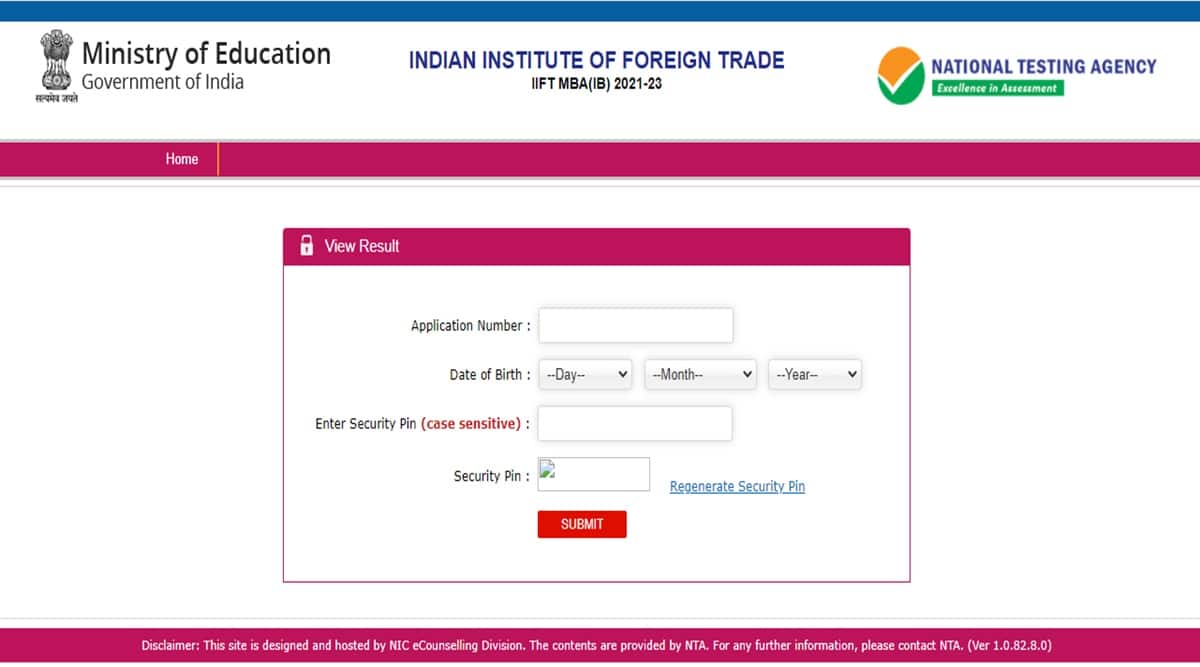 NTA IIFT MBA result: The National Testing Agency (NTA) declared the result for the entrance exam held for admission to MBA courses at the Indian Institute of Foreign Trade (IIFT). Candidates can check their result at iift.nta.nic.in. The exam was held on January 24. The window to raise objections against the answer key was open till January 31.

Further, NTA also reopened the correction window from February 10 to 12 to allow candidates to make changes to their application forms. However, only category and academic qualification categories were allowed to be edited.

Those who cleared the computer-based test will now be called for further rounds including group discussion, writing skills assessment, and interview. Further rounds will be held n March / April 2021 at Ahmedabad, Bengaluru, Chennai, Delhi, Hyderabad, Kolkata, Lucknow, and Mumbai, as per the official notice. “Merely appearing and qualifying in the entrance test does not confer any right to the candidate for admission to the course. The selection and admission to the course is subject to fulfilling the admission criteria, eligibility, and such other criteria as may be prescribed by the IIFT,” read the official notice.