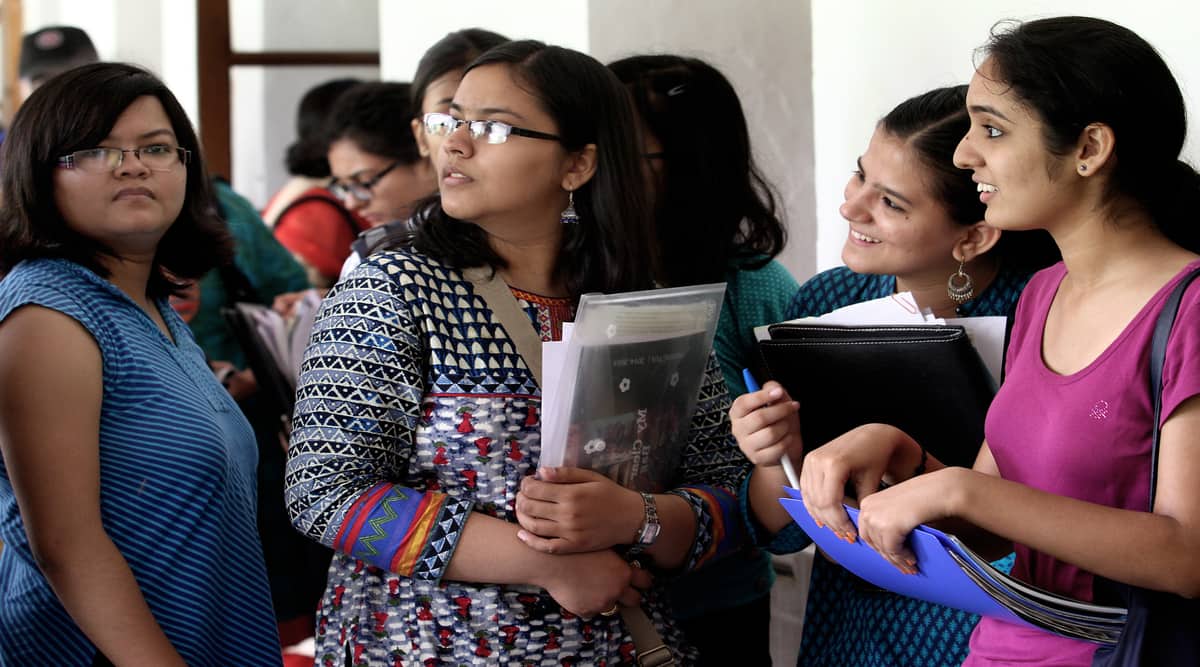 The entire admission process is likely to complete by November 16, 2021. Express photo by Ravi Kanojia.

In the two cut-off lists released on September 30 and October 9 respectively, over 48,000 students have secured their admission filling more than 60 per cent of the total seats. There was a marginal change in the two cut-offs with admissions closed in many popular courses right after the first cut-off.

Besides, the fourth and fifth cut-offs will be released only if there are vacant seats. The entire admission process is likely to complete by November 16, 2021.