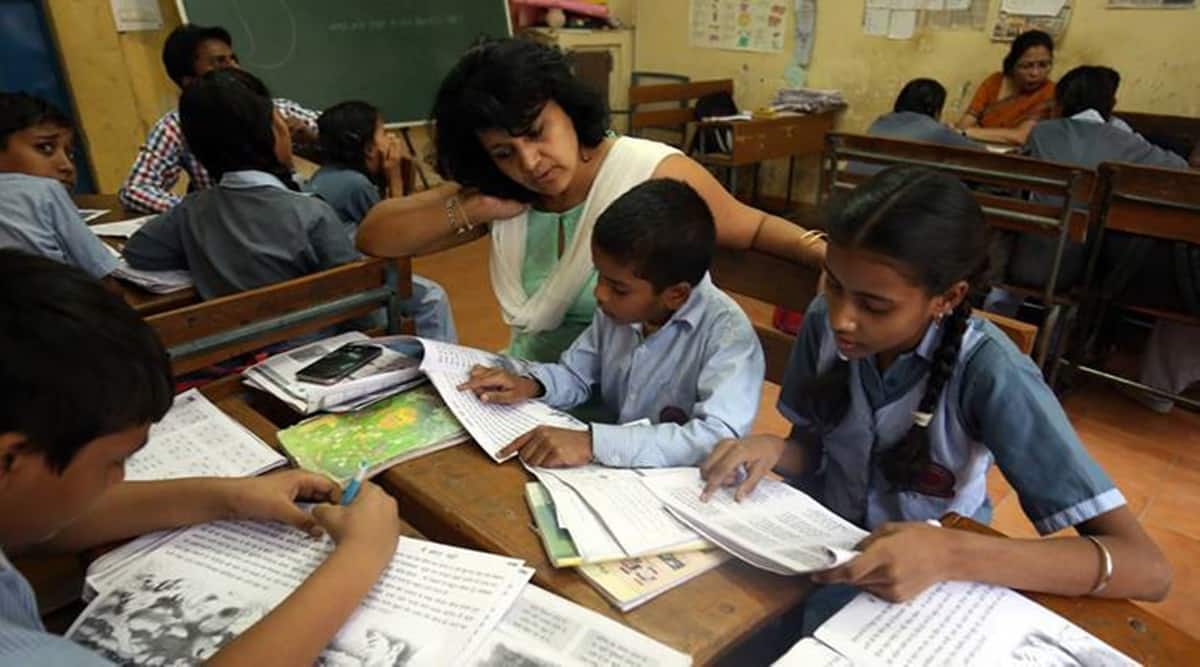 Stating that educational content for students should be “free of biases”, a Parliamentary committee on education has called for a review of the manner in which Indian freedom fighters are portrayed in school history textbooks and recommended that “ancient wisdom and knowledge” from the Vedas should be incorporated in the school curriculum.

The report of the standing committee on education, women, children, youth and sports, which is headed by BJP MP Vinay P Sahasrabuddhe, also lays emphasis on the need to make additions from Sikh and Maratha history in the curriculum, as well as making the books gender-inclusive.

“There is a need for discussing and reviewing, with leading historians, the manner in which Indian freedom fighters, from various regions/parts of the country and their contributions get place in History textbooks. This will result in a more balanced and judicious perception of the Indian freedom struggle. This will go a long way in giving due and proper space to the freedom fighters hitherto unknown and oblivious in the freedom movement. Review of representation of community identity based history as of Sikh and Maratha history and others and their adequate incorporation in the textbooks will help in a more judicious perspective of their contribution,” stated the report tabled in the Rajya Sabha on Tuesday.

The timing and key recommendations of the Parliament committee report are significant. Just two months ago, the Centre set up a steering committee to update the national framework in order to frame broad guidelines for changes in the NCERT curriculum.

The committee has 10 Rajya Sabha members, including four from the BJP, and one each from TMC (Sushmita Dev), CPM (Bikash Ranjan Bhattacharya), DMK (RS Bharathi), AIADMK (M Thambidurai), SP (Vishambhar Prasad Nishad) and Congress (Akhilesh Prasad Singh). Twelve of its 21 Lok Sabha members are from BJP, two from Congress, and one each from the TMC, CPM, JD(U), Shiv Sena, YSRCP, DMK and BJD.

The committee had started working on the report on reforms in content and design of school textbooks with a focus on removing references to “un-historical facts and distortions” about India’s national heroes from textbooks, ensuring proportionate references to all periods of Indian history, and highlighting the role of women achievers.

“It should also be ensured that books are free of biases. The textbooks should instill commitment to values enshrined in the constitution and should further promote national integration and unity,” stated another recommendation in the report which was adopted on November 26.

Since January, apart from the Union Ministry of Education, CBSE, NCERT, and the Maharashtra SCERT, seven organisations have deposed before the committee which includes three RSS-affiliates—Bhartiya Sikshan Mandal, Siksha Sanskriti Uthan Nyas and Vidya Bharti.

Moreover, representatives of the Pratham Education Foundation and JS Rajput, who was the NCERT director between 1999 and 2004, were among others who deposed before the panel.

Strongly opposing the recommendations of the committee, the Indian History Congress (IHC), which also made a deposition, said, “While a review process is always necessary, this should be done involving recognized scholars from all over the country and with adequate attention to the academic content, derived from a research-based understanding of different historical periods.”

The committee has said in its report that the NCERT and the state SCERTs should “incorporate the ancient wisdom, knowledge and teachings about life and society from Vedas and other great Indian texts/ books in the school curriculum”.

“Also, educational methodologies adopted in the ancient Universities like Nalanda, Vikramshila and Takshila should be studied and suitably modified to serve as a model reference for teachers…” it added.

In September, the Ministry of Education had formed a 12-member national steering committee under former ISRO chief K Kasturiranga to update the National Curriculum Framework (NCF) to lay down the broad guidelines for changes in the NCERT curriculum.

The NCERT has informed the committee that it is in the process of constituting a panel to “immediately analyze and address some of the issues with regard to un-historical facts and distortions about our national heroes as well as events if any raised by different stakeholders”.

The report also documents some of the “observations of the committee”, including that many historical figures and freedom fighters of the Indian freedom struggle have been portrayed in an “incorrect manner as offenders”. It also observed that the NCERT should take a relook at the guidelines for the writing of the history textbooks so that equal weightage and importance is given in the history textbooks to the various eras, periods and events.

“Similarly, it was observed that school textbooks do not give adequate coverage to some of the great Indian empires like that of Vikramaditya, Cholas, Chalukyas, Vijaynagar, Gondwana or that of Travancore and Ahoms of North-Eastern region, whose contributions in expansion of India’s standing on the world stage cannot be ignored,” the report stated.

Observing that women are underrepresented in school textbooks, the report stated that the curriculum should include sections on contributions by leading figures such as Mahasweta Devi, Kalpana Chawla, Kamaladevi Chattopadhyay, Kittur Chennamma, M S Subbulakshmi, and Savitribai Phule, among others.